Markets are still stuck in a range with increased volatility!

It seems Mondays are becoming a field day for the bears!

As is happening since last two weeks, Nifty opens down at the beginning of the week and recovers most of the losses by the end of the week.

This is a typical range bound behaviour!

Nifty clearly has taken support at the rising trendline(Red) and previous swing low. It has also formed a Hammer candlestick pattern which has bullish implication if followed through above 14698.

On the closing line chart, Nifty has clearly defended the all-important support of 14433.7 to 14500.

As long as we’re above 14248 to 14433.7 zone, the bullish party should continue. However, below these levels, we will have a deeper correction.

Let’s see how the markets behave over the next week!

Stay safe & have a great weekend! 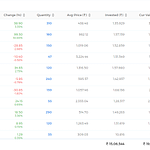 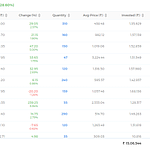